Given the damage to biodiversity caused by IAS, it is essential to:

This regulation sets out the rules designed to prevent, minimise and mitigate the adverse effects on biodiversity of the introduction and propagation of invasive alien species considered to be of concern in the Member States of the Union.

The “concerning” character of an invasive alien species is determined after a risk assessment carried out according to objective criteria. These scientific studies are generally carried out by the Member States even though the European Commission may also carry them out itself.

The European Commission draws up the list of invasive alien species of concern to the European Union. The procedure is conducted using the committee procedure during which the Commission asks Member States to vote in favour of or against a list of species the scientific relevance of which has been previously validated by the European Scientific Forum on Invasive Alien Species. This list changes and is regularly updated to reflect emerging species of concern to the EU.

Four lists have already been adopted since 2020. A total of 41 plants and 47 animals are on the European list of Invasive Alien Species of Union concern. Two posters include illustrations of the majority of the plants and animals species concerned. 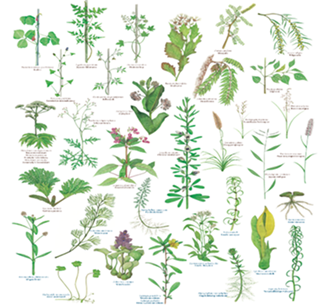 You can order this poster. 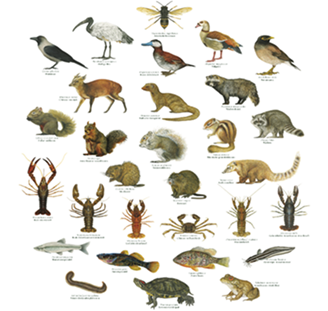 You can order this poster.

The Scientific Secretariat on IAS has published an information guide on the species on the European list.