Genes, species and ecosystem services are widely used by industry and businesses. Over half of global GDP, approximately 40,000 billion euros, is the result of biodiversity.  Three key sectors of the economy,  construction, agriculture and food production, are heavily dependent on it.

Its protection and restoration are an integral part of the EU's recovery plan because, as a supplier of medicines, it offers vast health opportunities yet to be discovered, particularly with regard to COVID-19.

It also brings immediate trade and investment opportunities for the recovery of the EU economy. 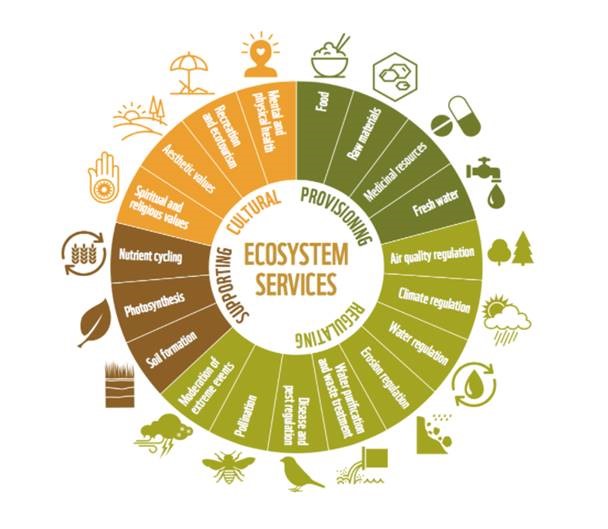 Biodiversity conservation can provide direct economic benefits to many sectors of the economy. For example, conserving marine stocks could increase the annual profits of the seafood industry by more than €49 billion. Natura 2000, the European network for nature protection, could also bring in between €200 and 300 billion a year.

The protection of coastal wetlands is one of those indirect benefits. It could save the insurance industry €50 billion annually by reducing losses due to flood damage (cfr. Barbier et al. 2018, How to pay for saving biodiversity).

Investing in the natural capital of biodiversity, including through the restoration of carbon-rich soils and habitats, climate-friendly agriculture and the protection of marine areas, makes economic sense because the benefits far outweigh the costs.

Preventing the costs of inaction: a winning choice

Globally, it is estimated that ecosystem services worth €3,500 to €18,500 billion were lost annually between 1997 and 2011 due to land use change. Land degradation is estimated to have caused losses of €5,500 to €10,500 billion per year.   Adopting preventive measures from the outset would be an optimal and cost-effective strategy. This is the concept of "avoided costs".

Its purpose is to reduce the risk of having to spend potentially large amounts of money to fund disaster recovery. For example, spending on flood defences defends against potentially catastrophic and costly risks.