The CCAMLR Commission approves conservation measures on the use of living marine resources of Antarctica. This concerns not only the species that are commercially fished, but also other fish species, as well as seals and cetaceans.

The Commission, which coordinates the work of the Convention on the Conservation of Antarctic Marine Resources (CCAMLR) uses an ecosystem management approach. This approach does not exclude exploitation, but weighs it against sustainability and considers the effects of fishing on other components of the ecosystem. 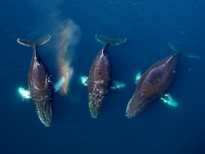 By involving itself in the organisation's work, Belgium along with other non-fishing nations aims to ensure that environmental considerations are integrated into fishing activities.

The key institutional components of the CCAMLR are:
• the Commission, which is a decision-making body, for resource conservation. It can also make non-binding resolutions ;
• a Scientific committee that advices the Commission on the basis of the best scientific information available.

The Commission adopts conservation measures of marine resources to be applied in this Antarctic region. 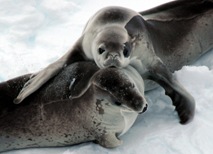 The Commission implements the objectives and principles of the Convention.

The Commission's decisions prepare the regulatory framework applicable to the management of each fishery in the Convention Area. These decisions may, among others, cover catch limits and closing of seasons or areas, and measures to minimise the potential impact of fishing activities on non-targeted species and on the ecosystem.

Science is fundamental to CCAMLR. The Convention itself was born out of concern of scientists over the emergence of interest in large-scale exploitation of Antarctic krill.

CCAMLR has implemented a comprehensive set of measures for the conservation of living marine resources of Antarctica and management of fisheries in the Southern Ocean. These measures, known as "conservation measures" are reviewed or developed at each annual meeting of the Commission and then applied by Members during the intersessional period and the following fishing season. Each year they are published in the Official list of conservation measures in force.
Conservation measures are binding on all Members and applicable in the Convention Area of CCAMLR. Some measures are applicable for a limited period (e.g. one fishing season), while others remain in place permanently.