The federal authorities apply the "Participation in decision-making" pillar of the Aarhus Convention by allowing citizens to participate in the drafting of:

How can Belgium take a hard line against global warming? What about the siting of wind farms along the Belgian coast? Or the cultivation and sale of genetically modified organisms? The government wants to find out what you think about these and many other subjects and, with this in mind, it organises regular participation, also referred to as public participation. 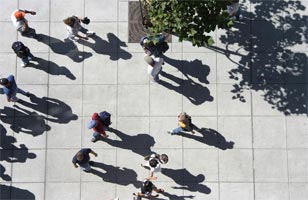 By organising participation, the government is seeking to persuade citizens to express their opinion. Such efforts are generally more successful for local projects, such as creating a road or the development of land, than for projects which are further removed from people’s everyday living environment, such as a plan involving the ozone or biodiversity. It is up to the public authority to make even these types of complex and somewhat abstract issues accessible to the general public, by presenting them clearly and comprehensibly.

Public opinion can bring to light some original lines of approach for consideration in the debate, or open up entirely new prospects. Participation requires an effort on the part of both the government and the population, but is most definitely worth it!

Citizen participation is regulated at international level by the Aarhus Convention and at European level by two directives:

This Directive relates to plans and programmes with a potentially negative impact on the environment and therefore mainly concerns polluting sectors such as energy (e.g. the production, storage and transport of gas and electricity), nuclear activities and mobility.

This directive also stipulates measures for participation when granting permits for special projects. In this respect, it thus amends Directive 85/337/EEC, as amended by Directive 97/11/EC, on the assessment of the effects of certain public and private projects on the environment, and Directive 96/61/EC concerning integrated pollution prevention and control (better known as the IPPC directive).