The Antarctic Treaty was signed in Washington DC, on 1 December 1959. This is the first major Treaty that submits a part of the planet to specific international governance.

The area covered by this Treaty is defined as the one extending below the 60th parallel of the southern hemisphere. Antarctica is therefore both a continental and a marine area. 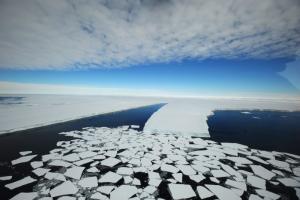 The treaty exclusively hands over the area to scientific research and excludes any military activity.

The Antarctic Treaty system, in addition to the Washington Treaty, includes two other legally binding instruments:

The Antarctic Treaty will remain in the annals of international law as a unique instrument for several reasons:

States are classified in three categories:

The exclusive scientific use

The Treaty exclusively hands over the area to scientific research. In 1959, technical and financial resources required by a polar expedition guaranteed scientists with de facto monopoly on access and stay on the Antarctic continent. It is no longer the same today. In practice, and sometimes under the guise of scientific purpose, some business activities (extreme tourism, cruises, etc.) are conducted below the 60th parallel. A corollary to scientific exclusivity is the prohibition of any military activity. Another corollary is the prohibition of exploration and exploitation activities of natural mineral or fossil resources. This prohibition is the result of negotiations subsequent to the Treaty that led to the Madrid Protocol of 1991 on the protection of the environment. It was ratified by Belgium in 1996 and entered into force in 1998.