The Belgian part of the North Sea is about as big as an average Belgian province (3,454 km2). It covers about 0,5% of the total area of the North Sea and includes the territorial sea up to 12 nautical miles and the Exclusive Economic Zone (EEZ) which extends up to about 45 nautical miles. Within the EEZ, Belgium can enforce certain rights, for example, in connection with the exploitation of mineral resources or the generation of energy, but it also has the obligation to take care of the environment. 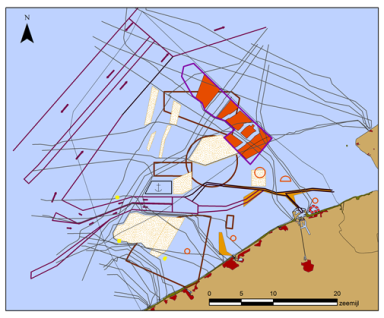 The Belgian coastal areas and those of our neighbouring countries are among the most heavily populated areas in the world. There are not only different international ports and industrial areas, densely populated areas, but also large areas of agricultural land. It is therefore logical that the marine environment is under pressure.

Nevertheless, our North Sea is a unique world, both above and in the water. There is a rich biodiversity and the North Sea gives us some important ecosystem services.