The thematic workshops on the circular economy are part of a process already committed to for the past several years in which Belgium has emerged as a pioneer.

In September 2015, the General Assembly of the United Nations defined 17 Sustainable Development Goals (SDGs). Directly or indirectly, the circular economy contributes to meeting many of them. It lies at the heart of two SDGs: the 8th: decent work and economic growth, and the 12th: responsible consumption and production.

Once these goals have been defined, a certain number of measures have been taken or are in the process of being taken at the level of Belgium, concerning, in particular: 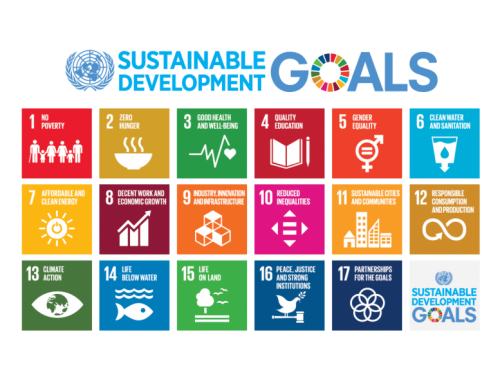 In 2016, the Minister of the Economy and the Minister of Energy, Environment and Sustainable Development, jointly published a roadmap  outlining 21 measures which they undertook to implement before the end of the legislature.

Following on from this approach, the Federal Minister of the Environment wanted to launch new debates bringing together a cross-section of players from civil society, researchers, academics, political and administrative heads and people who have developed an innovative vision or innovative projects and who have contributed to making Belgium a pioneer in the field of the circular economy.

These workshops have three objectives:

The venue chosen for these workshops is perfectly in keeping with the circular economy theme and is emblematic of a cycle that can be found elsewhere.

In the 60s and 70s, the World Trade Centre complex, historically a part of what was called "Little Manhattan", symbolised the optimism of the post-war years and the belief in unhindered and unbridled development. Today, we are very far from this idyllic vision. The WTC 1, in decline, has now become a space in transition which develops several projects that are completely in line with the circular economy concept. We have decided to offer the various players concerned the opportunity to meet in this post-war venue in order to discuss the many challenges of transition.

Alongside the workshops, the participants will be able to visit the exhibition "You are Here – YAH", which brings together examples of original and innovative creations relating to the circular economy.

An original programme of activities

Alongside presentations, work in sub-committees and plenary sessions, the workshops will be inspired by the methodologies of the "Art of Hosting and Harvesting Meaningful conversations". The bilingual aspect will be provided by Olivier Chaput (EcoRes sprl) and by Mara Callaert (Visuality). More specifically, there will be World-Cafe and Fishbowl dynamics, as well as a wish to produce a common list of proposed recommendations for Belgium arrived at through a consent management approach. Discussions will be supported by visual capture (in real time).