On 1 December 1959, the Antarctic Treaty was signed by 12 States in Washington D.C. Our country was among its first signatories. In 1991, this was followed by the Madrid Protocol on protection of the Antarctic environment. The CCAMLR Convention on the conservation of marine resources in the Antarctic supplements the legal system that protects the white continent and its waters.

The Antarctic Treaty is the first of the major treaties that submits a part of the planet to specific international governance, devoted exclusively to scientific use and excluding any military use; making it a single legal system.

It entered into force in 1961 and was supplemented in 1991 by the Madrid Protocol on Environmental Protection to the Antarctic.

The Antarctic Treaty System, in addition to the Washington Treaty, has two other legally binding instruments: 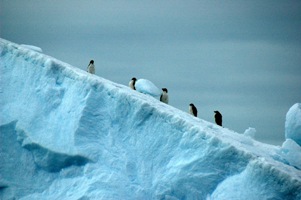 The CCAMLR Convention was signed in Canberra in May 1980 and entered into force two years later in 1982. Our country is one of its founding members.
It covers the waters of the Southern Ocean to the south of 60°S latitude and represents 10% of the earth's surface.

The CCAMLR Commission which coordinates the work of the Convention aims to provide a multilateral response to threats to the ecosystem and resources of the region that is home to many species of fish, seals, cetaceans and the krill highly coveted by commercial fishing.