The Madrid Protocol supplements the Antarctic Treaty and designates the area covered by the Treaty as a "natural reserve, devoted to peace and science" until 2048.

While some are attracted to Antarctica because of the magic of its landscapes, the discovery of the fauna and flora or the geological secrets concealed by the continent, others see it as an untapped reserve of energy sources. Gas, oil constitute wealth but also a threat to the continental and marine subsurface of Antarctica.

The idea of industrial exploitation of these resources is not new. In 1988, the Wellington Convention had tried to reach a compromise between supporters and opponents of mining of mineral resources (defined as including any non-living resources): it only resulted in antagonising both sides. Its failure undoubtedly was due to very complex mechanisms and lack of transparency on the fundamental principles that each party held dear and even insisted upon. Technically, the Wellington Convention is not dead: its implementation has been suspended by the Madrid Protocol of 1991, which exclusively dealt with protection of the environment by just simply banning any prospecting or mining activity of mineral resources in Antarctica.

In the 1980s, Belgium was one of the first States to support the negotiation of a specific protocol for protecting the environment in Antarctica. From 1989 on, the Parliament amended the Act of 12 January 1978 on the protection of fauna and flora in the Antarctic by adding a section prohibiting any person of Belgian nationality and any legal person under Belgian law from performing any act aimed at prospecting, exploration or mining of mineral resources in Antarctica.

The Madrid Protocol prohibits all activities relating to mineral resources of Antarctica, except for scientific research, and defines conditions for any scientific or tourist activity in the area. In its 6 annexes, it specifically lays down rules for:

• impact assessment on the environment,
• conservation of fauna and flora,
• waste disposal and waste management,
• prevention of marine pollution,
• establishment and management of protected areas by members,
• the liability regime for the damage caused to the environment.

Until 2048, the Protocol can be amended only with the unanimous agreement of all parties at the Antarctic Treaty Consultative Meeting (ATCM).

In order to implement these principles, the federal Parliament adopted an act on these matters on 07 April 2005. Under this act, the Health, Food Chain Safety and Environment Federal Public Service was responsible for the implementation of the Madrid Protocol by Belgium. This act is now replaced by the act of the 21 july 2017 (FR and NL) concerning the preservation of the Environment in Antarctica and the regulation of the activities under belgian lawmaking.

The Committee for Environmental Protection

The Madrid Protocol created a Committee for Environmental Protection (CEP). This Committee is an expert advisory body composed of 35 party States which advises and makes recommendations at the meeting of Member States of the Treaty. The main areas of activity of the CEP are environmental impact assessment (EIA), designation of protected areas and protection of biodiversity.

1. If it is determined that an activity has less than minor or transitory impact, this activity can be taken up immediately.

3. If a preliminary environmental impact assessment reveals that a proposed activity is likely to have an impact more than minor or transitory, or if this finding was due to other factors, a comprehensive environmental evaluation is carried out.

Thus the Princess Elisabeth base has been subjected to a comprehensive environment impact assessment in 2006-2007.

Conservation of fauna and flora and Biodiversity (Annex II)

Antarctica has been relatively untouched by human activities. Thus, protection of native fauna and flora has been a major cause for concern since exploration of the continent started. The Protocol on Environment and its Annex II stipulate that activities in Antarctica must be organised and planned so as to prevent "increased endangerment of endangered or threatened species [Animal and Plant]."

The Protocol and its Annex II define specific measures, including:

Mammals, birds or native plants cannot be taken more than are strictly necessary;

• the prohibition of introducing non-native species (live poultry or other birds or dogs), except with a permit. Only two exceptions are envisaged in the Annex: domestic plants and laboratory plants and animals, including viruses, bacteria, yeasts and fungi;

• the designation of specially protected species such as the Antarctic giant petrel, albatross or Ross seal. 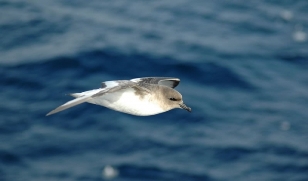 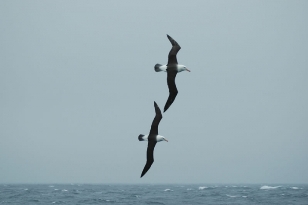 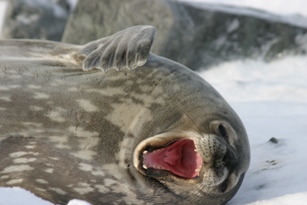 Annex III to the Environmental Protocol states that "The amount of wastes produced or disposed of in the Antarctic Treaty area shall be reduced as far as practicable." It also identifies different types of wastes that must be disposed and sets rules for the storage and disposal of wastes. The introduction of some products such as PCBs is totally prohibited in Antarctica. The annex also provides for planning of waste management and waste disposal from past activities.

The Antarctica Treaty area comprises 20 million square kilometres of the Antarctic Ocean. These waters are designated as "special area" where it is required to adopt mandatory special methods for the prevention of marine pollution (International Convention for the Prevention of Pollution from Ships). Annex IV to the Environmental Protocol prohibits the discharge of oil, noxious liquid substances and garbage in the Antarctic Treaty area. It also contains rules for the discharge of sewage, ship retention capacity, reception facilities, sovereign immunity, preventive measures and emergency preparedness and response.

75 Antarctic Specially Protected Areas (ASPA) and 7 Antarctic Specially Managed Areas (ASMA) have been designated by the CEP. ASPA aims to protect areas of outstanding environmental, scientific, historic, aesthetic or wilderness values, or ongoing or planned scientific research (e.g. Mount Harding, Terre Adélie, etc.). ASMA is an area where activities are carried out or will be in the future (for example, the Larsemann Hills in East Antarctica, Deception Island, etc.).

An official list of historic sites and monuments (HSM) has also been available since 1972. Presently 92 sites are considered to be of historical importance, such as the tent of Amundsen during his 1911 expedition, which is now buried under snow and ice, the ruins of many bases, the memorial to the 257 victims of the Mount Erebus plane crash in 1979, the bust of Lenin on the premises of the former Soviet base, etc.

A list of all protected areas in Antarctica has been prepared.