Belgium and Nigeria brought together several government leaders and ministers of the Blue Leaders Alliance to call for more ambitious ocean protection. The meeting took place on 21 September during the "high-level" week, which takes place every year during the opening of the United Nations General Assembly. Concrete commitments were made to achieve, as soon as possible, the alliance's two goals of an ambitious high seas protection treaty and 30% ocean protection by 2030.

Since 2019, Belgium has been at the helm of an ambitious alliance of more than 30 countries and partner organizations who want to achieve two goals as soon as possible: on the one hand, the Blue Leaders want to protect 30% of the ocean by the year 2030 ("30x30") and, on the other hand, they are also striving for an ambitious new Treaty on Biodiversity Beyond National Jurisdiction (BBNJ). Belgium was the first country to bring together the climate negotiations (Paris Agreement) with the ocean protection negotiations. Indeed, the ocean plays a very important role in the fight against global warming.

As these negotiations at the international level are drawing to a close, a breakfast session took place on the eve of the United Nations General Assembly. The ideal time to reiterate its importance for the future of our planet. This Blue Leaders High Level event follows previous events in Glasgow during the Climate Conference (November 2021) and Lisbon on the margins of the UN Ocean Conference (June 2022). 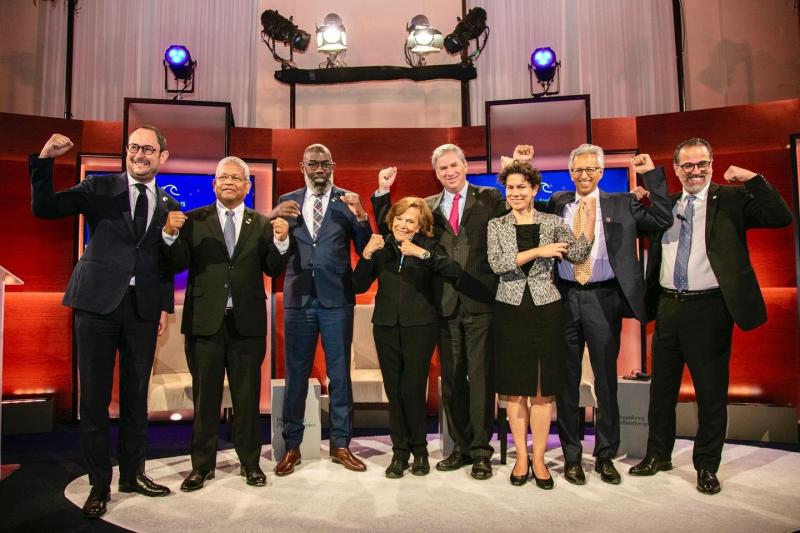 Hosting the event, Belgian Deputy Prime Minister and Minister of the North Sea Vincent Van Quickenborne called for concrete action. "With the finish line for finalizing a new treaty for the protection of the high seas in sight, it was time to join the other Blue Leaders in once again calling on the states present to fully commit to protecting the ocean," Van Quickenborne said. "The high seas cover most of our planet and are a powerful buffer in the fight against global warming. We owe it to ourselves and to future generations to provide the ocean with the necessary protection so that it can continue to give us prosperity and well-being."

The new BBNJ treaty will allow the international community to establish marine protected areas (national parks at sea). The minister and the Marine Environment Department of the FPS Health stressed the importance of these protected areas for the future of the ocean and also called on other countries to work for qualitative protection, where harmful effects must be kept to an absolute minimum.

To achieve this, this 30x30 (30% protection by the year 2030) target must be adopted at COP15 of the UN Biodiversity Convention, which will take place in Montréal at the end of this year. It is therefore important to convince as many countries as possible to support these targets. After all, science shows that in order to have an effective impact, at least 30% of the global ocean must be fully and highly protected.

The importance of a healthy ocean

Covering two-thirds of the earth's surface, the ocean not only plays a very important role in regulating our climate, but also protects us from the effects of climate change. The ocean absorbs heat from the atmosphere, produces oxygen and harbors a wealth of biodiversity. Scientists have found that these vital functions of the ocean are greatly diminished by climate change, as well as by pollution, overfishing and drilling for oil and gas, among other things. The ocean's biodiversity is also at risk. To stop this crisis, action must be taken quickly. Only a healthy ocean, where biodiversity can flourish again, will be able to continue to fulfill its vital role and mitigate the effects of climate change.

During the event in New York, the Netherlands and Ecuador joined the alliance. Several ministers who spoke called on other countries to join the Blue Leaders. "Only together can we achieve these goals," they stressed.

Pictures of the event