When they appeared in the 1950s, plastics were promising materials and symbols of modernity. They were practical and inexpensive and quickly became an important part of consumers' daily lives. Their appeal has continued to grow and plastics are now used in many everyday consumer products. Although they have many advantages, there is still no solution for end-of-life plastics. Too many of these plastics end up in the environment where they can cause significant damage.

The name "plastics" hides dozens of different plastics, each with its own specific properties. Plastics have many qualities (hygiene, lightness, impact resistance, ease of use, durability) which explain their success.
It is thanks to their characteristics that they are used in many products such as furniture, toys, food packaging, medical equipment, insulating materials and certain parts for the automotive industry.

Despite their advantages, the omnipresence of plastics is threatening the environment and our health. On the one hand, they are manufactured primarily based on fossil resources (oil and gas). The extraction of these raw materials and their transformation into plastic objects has consequences on climate change. 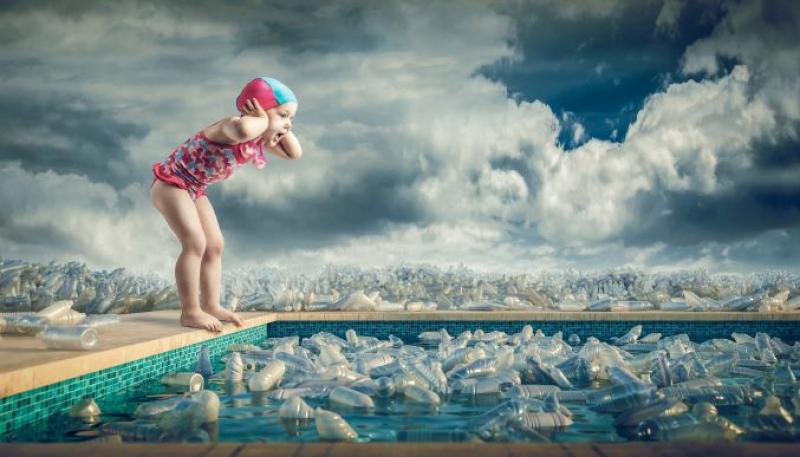 On the other hand, their designers have not been able to find a valid solution for plastics that have reached the end of their life. Nowadays, plastics mainly bring to mind the vast amounts of plastic waste found in the oceans, and on beaches and roadsides,  where they can have harmful effects on terrestrial and aquatic life.

And yet, these materials are being used more and more. Global plastics production has grown exponentially from just over 2 million tons in 1950 to approximately 400 million tons in 2020. However, the impacts of plastics and microplastics on the environment require the authorities to find solutions <anchor to the solutions the authorities are implementing> and citizens to change their habits <anchor to What can I do> to give them a new future.

The environmental harm of plastics is explained by their fragmentation, with time and wear, to become microplastics, that are themselves a danger to the ecosystems.

Moreover, the fragmentation of plastic waste is not the only source of microplastics. They are also formed by the wear of car tyres, the deterioration of paint layers, the washing of synthetic clothing, etc.

For example, every time we wash our synthetic clothes, the fibres break down and microplastics end up in the water.

Microplastics can also be intentionally produced and added to skin care products, for example as exfoliating beads or to adjust the viscosity (thickness), appearance or stability of a product. They are even used as glitter or in make-up and to encapsulate fragrances in laundry products. When these products are rinsed after use, the microplastics end up in the sewage system and then in the ocean or ground.

Plastic pellets and powders, which are used as raw materials for plastic products, are also considered microplastics. Their loss during transport and the loading and unloading of trucks is a major source of plastic pollution.

Every year, between 8 and 10 million tons of plastic waste end up in the oceans, the equivalent of a rubbish truck full of plastic waste every minute. They degrade countless habitats and pose a threat to more than 700 species and biodiversity: mammals, fish and seabirds regularly become trapped in these piles of plastic, emerge injured or die from suffocation. 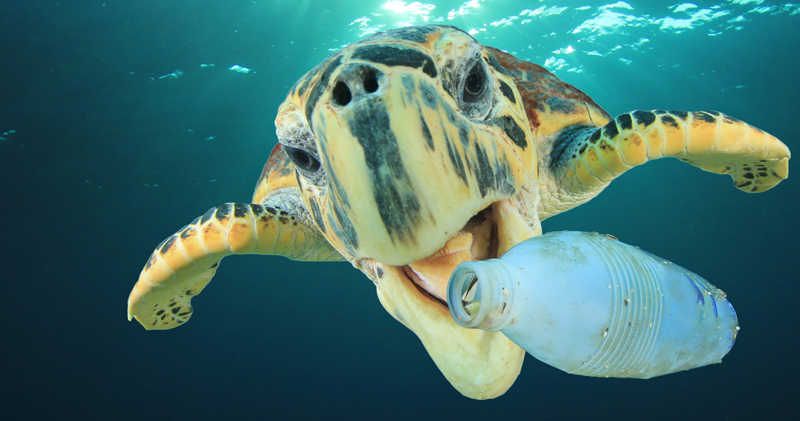 Fine plastic particles are particularly harmful to small marine organisms such as small fish, lobsters and shrimps. These organisms ingest microplastics, which quickly make them feel full, threatening the growth and survival of these animals, which eat less, become weakened and sometimes die of malnutrition. Even the smallest organisms at the bottom of the food chain (such as plankton and algae) can ingest  very small particles of plastic, which eventually impacts the entire ecosystem of our seas and oceans.

Microplastics also accumulate on land, polluting soils and ecosystems for decades, with repercussions throughout the food chain, right down to our plates.

Microplastics have been found in foods and drinks such as beer and honey. Plastics contain many chemicals, which can be harmful to human and animal health. Indeed, some have endocrine-disrupting effects. Microplastics have already been found in human faeces, lungs and blood. Their impact still needs to be studied in depth. This is why responses to the problem of plastics and microplastics must integrate the health and environmental dimensions.

In addition, most plastics are currently manufactured from materials of fossil origin and therefore contribute to climate disruption.  In 2019, they were responsible for more than 3% of global greenhouse gas emissions.

What measures are the European authorities implementing?

The European Plastics Strategy aims to protect the environment from plastic waste pollution and give plastics a role in the circular economy.

Specifically, the goal is that by 2030, all plastic packaging on the EU market should be reusable or recyclable and the use of single-use plastics should be reduced. In addition, the strategy envisages combating marine litter generated at sea (such as discarded fishing gear), restricting the intentional addition of microplastics to products, reducing the unintentional release of microplastics from products etc.

Europe has implemented the following initiatives within the framework of this strategy.

A European directive to reduce the use of single-use plastics

he European Single-Use Plastics Directive mplements some of the actions set out in the strategy, targeting the recyclability of plastic packaging and the reduction of the use of single-use plastics. The directive also includes measures to increase producer responsibility and separate the collection of plastics for more efficient recycling. 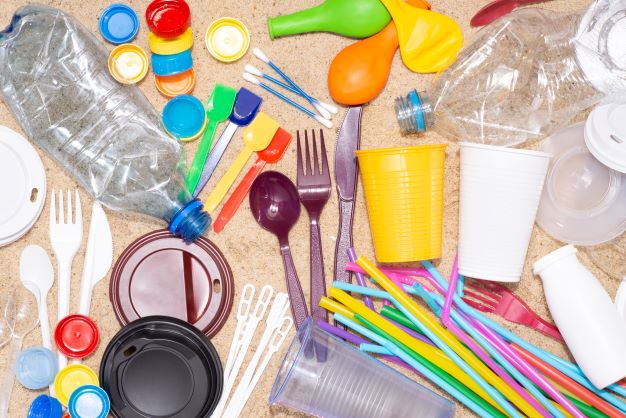 In Belgium, a Royal Decree, bans several single-use plastic products such as plates, cutlery and straws.

Flanders, Wallonia and the Brussels-Capital Region are involved in the implementation of the directive.

Reducing the intentional use of microplastics

Reducing the intentional discharge of microplastics

The European Commission is also looking for ways to reduce microplastic emissions created by unintentional wear and tear (such as microplastics resulting from the wear and tear of car tyres, the washing of synthetic fibre clothing, and the exposure of outdoor painted surfaces to the weather).

The international fight against marine litter

Various European countries and the States bordering the North-East Atlantic have set out arrangements for international cooperation to protect the marine environment in this region. The Convention for the Protection of the Marine Environment of the North-East Atlantic, known as the OSPAR Convention, aims to prevent and eliminate marine pollution resulting from human activities. The OSPAR Regional Action Plan (adopted under this Convention) also includes actions to combat marine litter. The actions of our country are particularly striking.

What measures are the Belgian authorities implementing?

The measures adopted in 2022 mainly concern the transposition into Belgian law of the European Single-Use Plastics Directive (SUP).

Some of the provisions of this directive fall within the competence of either the federal government or the regional institutions, while others involve mixed competences.

The federal government is responsible for product policy. The new Royal Decree aims to ban the placing on the market of various single-use plastic products such as cotton buds and plastic tableware and to promote the use of reusable products.

Regional governments (Brussels, Flanders en  Wallonia) regulate the use of certain products once they are on the market, such as the use of single-use catering equipment at festivals. The regions are also responsible for the extended producer responsibility policy.

Pending legislative measures at the European level, an agreement with the cosmetics sector was reached in 2018 to phase out, on a voluntary basis, the intentional use of microplastics. Initially, the agreement covers microbeads in washable cosmetics and toothpastes.

Within the framework of this sector agreement, the FPS Public Health carried out a market study (NL) on the presence of certain polymers in toothpastes and scrubs/exfoliants. More than 700 products were analysed for polymers such as polyethylene (PE), polyethylene phthalate (PET) and polypropylene (PP) that can potentially be considered as microbeads. Only 11 out of the 700 products reviewed had statements about the use of these polymers. This supports the idea that these microbeads can be quickly eliminated from the market.

Our FPS also encourages other sectors to be cautious with the use of microplastics. For example, the FPS Public Health has developed a methodology for a self-test to help companies avoid the release of microplastics into the environment. This methodology has been transposed into a manual for companies. This manual is intended for manufacturers of plastic objects, the chemical and pharmaceutical industry and recycling and maintenance companies who use them for sandblasting, among other things.

Study into the presence of microplastics in sea salts

The FPS Public Health has also commissioned a study into the presence of microplastics in sea salt. The study found that artisanal sea salt is the most likely to contain small plastic particles. This sea salt, like fleur de sel, is traditionally hand-harvested and then further processed without being washed, so it may contain more microplastics than the standard sea salt on our shops' shelves. 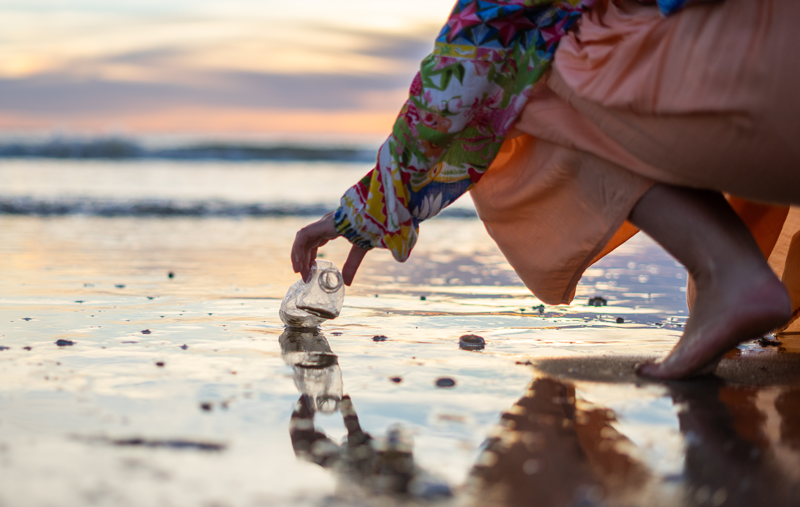 What can I do myself? 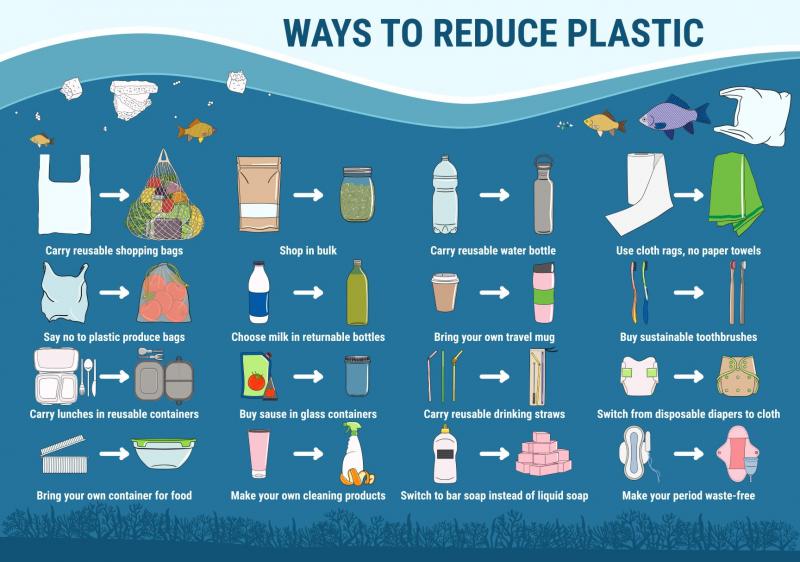