The harbour porpoise is the smallest cetacean of the North Sea. This species is found in cold and temperate shallow sea areas of the North Atlantic and Pacific oceans and in the Baltic Sea. Isolated populations are found in the Black Sea and along the coast of Northwest Africa.
Around 4,000 individuals live in the Belgian part of the North Sea, although this may greatly vary depending on the seasons. Harbour porpoises are highly mobile animals, which makes it very difficult to predict their presence within a well-defined area.

The harbour porpoise is susceptible to various external pressures; certain pollutants (such as PCBs) are absorbed through the food chain and overfishing reduces the quantity of the prey species and consequently the food supply of these marine mammals. They also sometimes get entangled in the fishing nets or are killed during fishing for other species (bycatch).

Stranded harbour porpoises and other marine mammals are monitored by the Management Unit of the North Sea Mathematical Models (MUMM). The results of these monitoring activity are reported to ASCOBANS, the agreement that protects small cetaceans in the Baltic Sea and the North Sea. 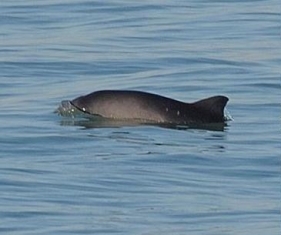 The common seal generally occurred in the south of the North Sea in the past and hence also in our waters and along our beaches. After the species became as good as extinct in our area, the seal is on a comeback trail in the Delta region of South Holland and Zeeland. It is better protected there, the water quality is better and there is a programme for the rehabilitation and reintroduction of stranded animals. We find no colonies or permanent resident populations of the common seal any more on our coast. The number of seals coming from the neighbouring countries and staying on our coast for a short time has increased but remains small. 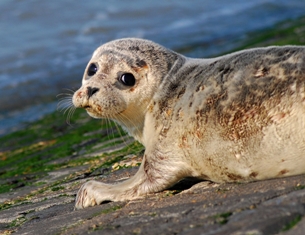 The grey seal (Halicoerus grypus) occurs regularly in our waters, but is less noticed along the coast or on the beach. This species can grow up to 2.5 m long and is seriously endangered by pollution, disturbance by human activities and entanglement in the trammel nets. These are nets that are placed in the sea bottom whereby the fish are caught by being entangled in the nets; it is one of the nets used in passive fishery techniques.
Seals need suitable and undisturbed places for rest and for reproduction. In addition, a good water quality and good food supply are important.

We usually find the white-beaked dolphins (Lagenorhynchus albirostris) further off the coast, for example in the vicinity of the Hinderbanken. This dolphin species grows up to 3m long and often approaches the vessels. The white-beaked dolphin is endangered by pollution and entanglement in the trammel nets. This dolphin feeds on fish and is endangered by pollution, acoustic and other disturbances and bycatch. 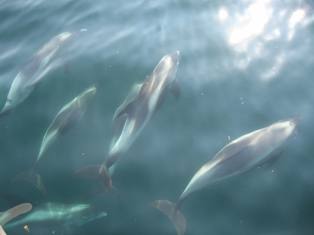 The bottle nose dolphin (Tursiops truncatus) too occurred in the southern North Sea till the middle of the last century. Now it is very rarely observed.

Study of marine mammals stranded on our coasts

The Royal Belgian Institute of Natural Sciences, more widely known as the Museum of Natural History, has published its report for 2015 on the study of marine mammals stranded on our coasts. Although it notes a consequent number of stranded animals, it also underlines the rich marine biodiversity observed in Belgium.

The report also indicates the presence of small dolphins (porpoises) and seals on our beaches. The greatest cetaceans are rare, even if the Museum did record one: a fin whale, which had been spurred on the bow of an incoming ship in the port of Ghent. A total of 52 porpoises and 45 seals have been found on Belgian beaches in 2015. If many seals could be rescued, such was not the case of the porpoises. The major cause of death of these dolphins are the fishing nets that accidentally hurt them, as well as the predation of another marine species: grey seals.

During the last decades, the observation of marine mammals stranded on our beaches has been carried out more systematically and led to the realisation of this report, written in Dutch. French, English and Dutch language summaries are available on the Museum's website: https://www.naturalsciences.be/fr/news/item/6355.