For the 29 Consultative Parties and 24 non Consultative Parties to the Antarctic Treaty, it is critical for humanity that the White Continent be reserved for peaceful purposes only and does not become the scene or subject of international disputes. Various specific topics are discussed in this limited context.

This principle motivates the topics that are the subject of discussions and decisions of the Antarctic Treaty Consultative Meeting (ATCM), since its establishment in 1961.

Besides protecting the environment, it concerns:

• the use of the continent for peaceful purposes and inspections;
• science and operations;
• tourism;
• bioprospecting;
• climate change.

The Antarctic Treaty states that “only peaceful activities are allowed in Antarctica” (First Article). For this purpose, it prohibits “any measures that are military in nature” but “does not prevent the use of military personnel or equipment for scientific research or for any other peaceful purpose".

The question of sovereignty over Antarctica was discarded to provide a pragmatic solution. For over half a century, Antarctica is a region of peaceful cooperation.

The Parties should inform each other about their activities in Antarctica through an electronic information exchange system. They should also facilitate inspections of their facilities by other Parties: each Contracting Party has the right to designate observers to carry out inspections under the Treaty (Article VII). The observers “shall have complete freedom of access at any time to any or all areas of Antarctica”. This includes “... all stations, installations, and equipment within those areas and all ships and aircraft at points of embarking or discharging cargoes or personnel in Antarctica”.

The items to be inspected have increased with the development of the Antarctic Treaty system.

The inspections pertain to:
- several aspects on the protection of the environment,
- operational issues,
- issues relating to disarmament.

In order to facilitate the inspections, the ATCM provides a set of voluntary check-lists for different types of facilities and protected areas. In recent years, most inspections were carried out jointly by several countries.

In 2012-2013, the Princess Elisabeth Station was inspected by a Russian-American mission and a German-Danish mission. The results with recommendations were very positive.

Antarctic science has helped in making progress such as the discovery of a hole in the ozone layer (1985) and the reconstruction of climate data over hundreds of thousands of years.

The ATCM, based on the expert advice of the Scientific Committee on Antarctic Research (SCAR) and the Council of Managers of National Antarctic Programs (COMNAP) adopted a number of measures on scientific cooperation. It takes care of operational issues such as telecommunications, meteorology, transport, etc., which are very important for the Antarctic research programs.

Since the first commercial expedition in the 50s, the sea and air commercial tourism has grown steadily. The total number of tourists who visited Antarctica reached around 46,000 in 2007-2008, fell to 26,000 in 2011-2012 and stabilised at 44,000 in 2016-2017. The vast majority of these tourists travel on ships in the Antarctic Peninsula, a region that is possible to reach in a few days from South America. 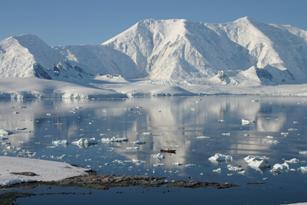 The ATCM also establishes specific guidelines for sites most visited by the tourists. These guidelines especially provide practical guidance to tour operators and advice on how they should organise visits to these sites, taking into account their environmental values.

Most tour operators operating in Antarctica are members of the International Association of Antarctica Tour Operators (IAATO), which is part of the ATCM as a guest expert.

Since 2011, the general guidelines for visitors to Antarctica provide general advice to tourists, in order to prevent them from having adverse impacts on the Antarctic environment, or on its scientific and aesthetic values.

Bioprospecting has been taking place in Antarctica for some years. Environmental conditions are very rigorous in this area. This has led to the development of unique features and capabilities in several species of fauna, flora and micro-organisms which can be used for biotechnological advances.

So long as researchers comply with the obligation to make the research results freely available, this activity is permitted. Bioprospecting is an important economic and environmental challenge, especially in the pharmaceutical, medical fields and some industrial fields.

Is the use of results of scientific discoveries through patents, for example, compatible with the exchange of scientific data? Since 2002, this topic has been recurring every year in the agenda of the ATCM. There is an urgent need to regulate it because it is a commercial activity primarily conducted by the private sector.

Belgium is very actively interested in this issue. Our country has funded an Internet database on bioprospecting activities and has actively participated in work on this topic. Its purpose is twofold: to ensure free exchange of scientific information and that any sharing of revenue from bioprospecting also benefits science and protection of the environment.

The 'Fourth Assessment Report' of the Intergovernmental Panel on Climate Change (IPCC) in 2007, made great strides in the development of the international climate policy. The report largely addresses the issue of global warming in Antarctica and its impact and establishes the presence of a notable and significant rise in temperatures over the past five decades, although significant regional differences are to be noted. In regions with rising temperatures, the impact on marine and terrestrial ecosystems is real:
- proliferation of sponges and their predators in shallow water,
- decline in populations of krill, emperor and Adélie penguins, Weddell seals,
- proliferation of native flowering species on the continent.

Although Antarctica is the only continent yet to escape this global warming, the long-term impact could well be harmful.

The SCAR (Scientific Committee for Antarctic Research) in the update of its report "Antarctic Climate Change and the Environment" (May 2013), states that the effects of increase in greenhouse gas emissions and decrease in stratospheric ozone are already evident. Effects of the expected increase in greenhouse gases over the next century, if emissions continue to increase at the current rate, will be remarkable because of their speed and polar amplification of the global warming signal. The reaction of large ice sheets of Antarctica cannot be predicted with certainty at this time, but the recently observed rapid changes are a concern, especially for the stability of some parts of West Antarctica. In addition, global warming is already showing observable effects on marine and terrestrial ecosystems of the white continent.