Endocrine disruptors are regularly in the news due to their potentially harmful effects on human health, particularly to  pregnant women and young children, and on the environment. This is why they are a major public health issue today. In response to this problem, the Belgian and European authorities have adopted various measures to limit human and environmental exposure to endocrine disruptors. Although they are omnipresent in our daily lives, they are still not well known by the general public. 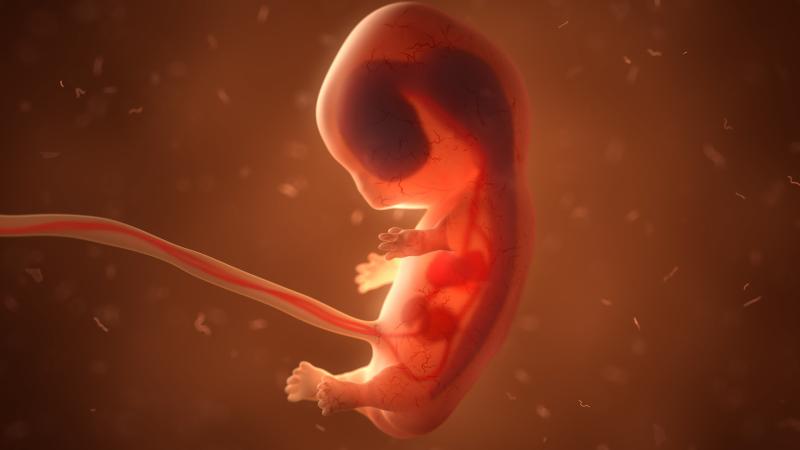 Definition and modes of action of endocrine disruptors

What is an endocrine disruptor?

An endocrine disruptor (ED) is a chemical or mixture of chemicals (natural or man-made), not produced by the human body, that disrupts the functioning of the endocrine system (or hormone system). EDs have an adverse effect on the health of the exposed organism or that of the next generation(s). At the environmental level, damage is observed within a population or sub-population of a given species.

The endocrine system involves a set of glands responsible for the synthesis and secretion of hormones into the bloodstream. They act by sending a message to target organs via receptors. Figuratively, the hormone-receptor interaction can be thought of as a key (hormone) and lock (receptor) system. Hormones play a major role in many biological or physiological functions. They regulate many of our body's behaviours and mechanisms, such as growth, body temperature, fat metabolism, hunger, satiety, sleep, libido, blood sugar (via insulin levels) and heart rate. 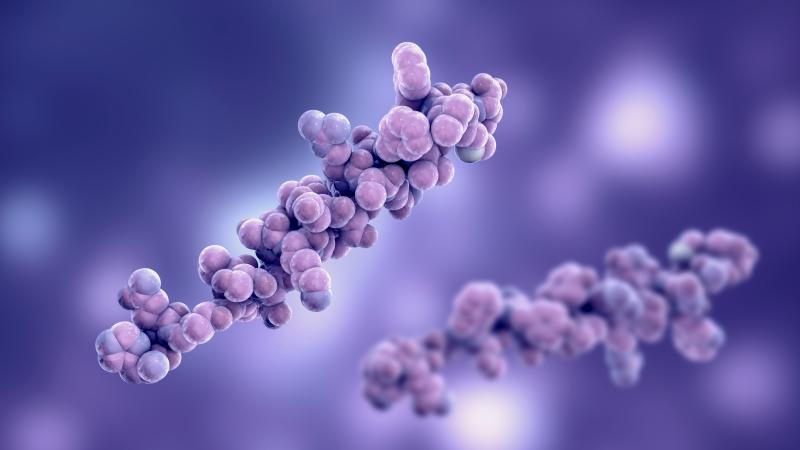 How does an ED work?

EDs can disrupt the functioning of the endocrine system in several ways:

In the case of EDs, continuous exposure to substances that are ubiquitous in our environment results in chronic toxicity. However, the effect of EDs is not always proportionate to the dose. Sometimes, counterintuitive effects are even observed (a large effect at low doses and a lesser effect at higher doses). In addition, certain chemical substances are found among EDs that it is difficult for the body to eliminate (bioaccumulation). Lastly, some EDs cause epigenetic changes, which can lead to effects that can persist for multiple generations.

A large number of chemicals are suspected of being potential EDs. In Europe, of the 120,000 chemical substances listed by the European Chemicals Agency (ECHA), around one hundred have already been identified as EDs  (www.edlists.org) by the authorities, while thousands are suspected of being EDs. The number of substances to which the European population is exposed continues to increase, as do the risks of accidental pollution. Controlling these emerging risks, and reducing multiple and repeated exposures to EDs, are priority issues for the protection of public health and the environment.

The experts of the FPS Public Health, Safety of the Food Chain and Environment are continuously evaluating different substances suspected of being endocrine disruptors, to help with their identification at European level. Belgium is also actively and ambitiously contributing to the evolution of European legislation to protect health and the environment from the harmful effects of endocrine disruptors.

Information on substances in which endocrine disrupting properties have been identified at European or national level can be found on the website www.edlists.org/. This site is updated by the Belgian, Danish, French, Dutch, Spanish and Swedish authorities. It includes three lists of substances:

Examples of EDs identified in Europe

4-(1,1,3,3-tetramethylbutyl)phenol was the first ED to be identified, in December 2011, as a "Substance of Very High Concern" (SVHC), according to the REACH regulation. Many substances have been identified as EDs since then, including:

Where are the EDs found?

EDs may be present: 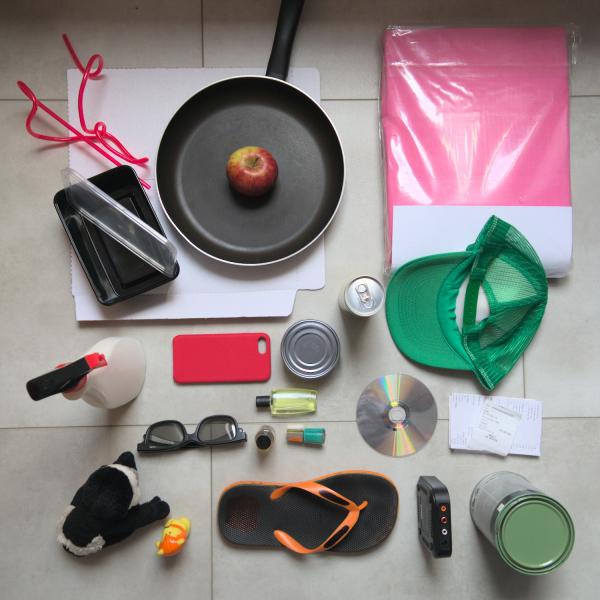 Methods of exposure to EDs

An organism can absorb EDs in different ways:

Critical periods of exposure to EDs and vulnerable populations

The toxicity of EDs also depends on the period of exposure to these substances. Critical periods are all phases during which hormones are particularly involved in the development of an organism, especially the prenatal period. 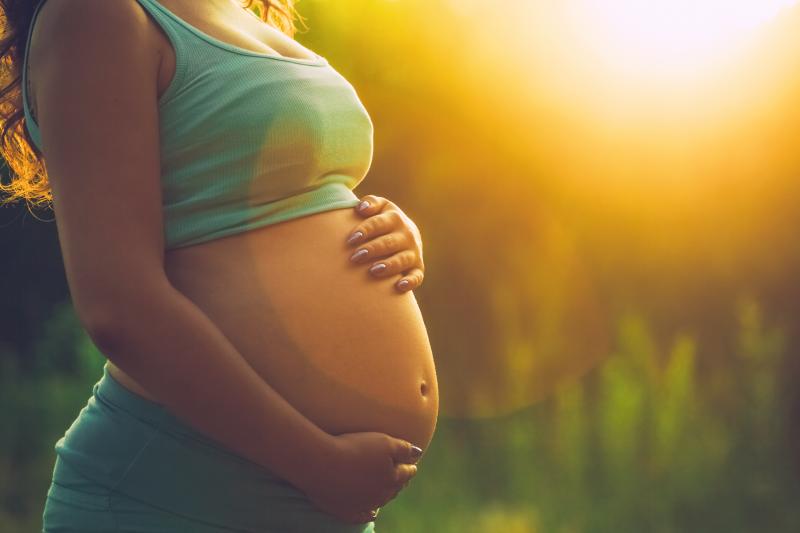 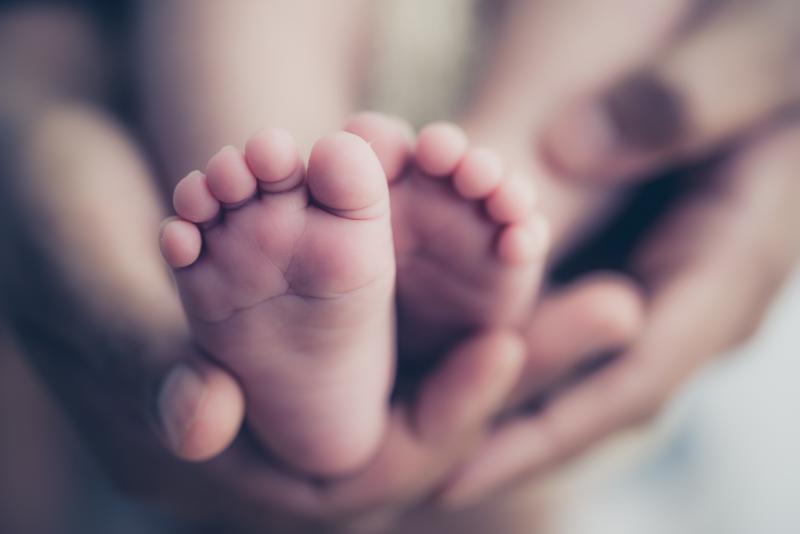 The toxicity of EDs also depends on the period of exposure to these substances. Critical periods are all phases during which hormones are particularly involved in the development of an organism, especially the prenatal period. For animals, vulnerable populations therefore include pregnant females, foetuses and developing young organisms.

A disruption in the hormonal system, especially during certain periods of development such as the gestational period or puberty, can lead to irreversible consequences such as the malformation of the genital organs of the foetus. The effects may appear directly or may not be visible until several years after exposure.  Some EDs can even produce effects that are passed down through future generations.

Vulnerable populations also include people with a genetic predisposition to develop certain cancers and patients with hormone-dependent diseases. This is especially true for cancer patients being treated with chemotherapy or hormone therapy.

Furthermore, some population groups may be vulnerable to the increased risk of chemical exposure, such as those living in certain areas with high concentrations of pollutants.

Impact of EDs on human health and the environment

The main pathologies and diseases caused by exposure to endocrine disruptors are problems in the reproductive system, brain development, autism, obesity, diabetes and cancers. 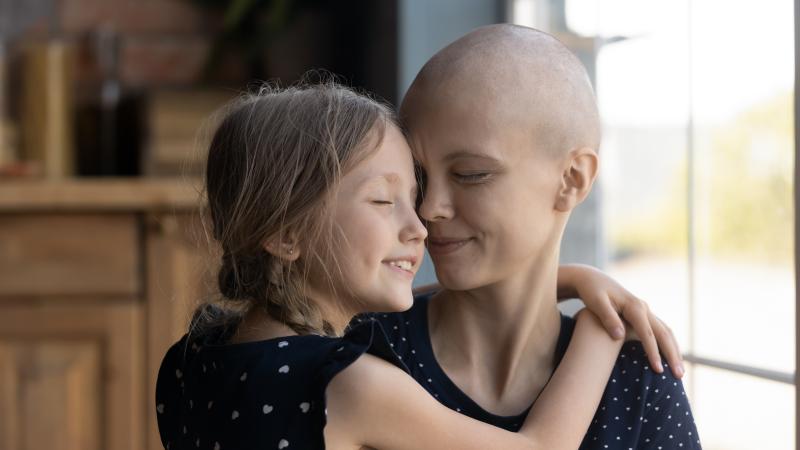 Although the cause of some diseases is often multifactorial, there is accumulating evidence that the intake of endocrine disruptors has effects on:

Effects on the environment 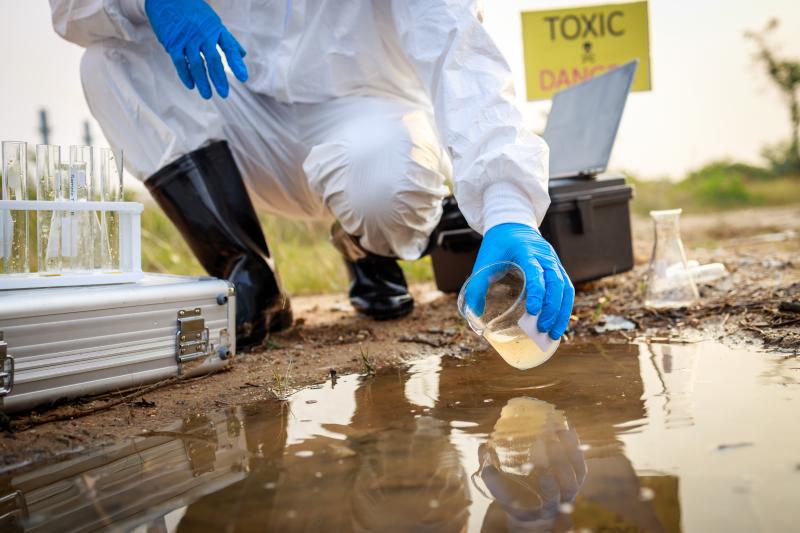 Many househould chemicals, and chemicals for industrial or agricultural use can have an impact on the environment, such as substances used in cosmetics, anabolic substances present in animal feed, phytoestrogens (oestrogens of plant origin), Persistent Organic Pollutants (POPs), drugs,  plant protection products and fertilisers , biocidal products,  etc.

The exposure of certain environmental matrices (air, water, soil, sewage sludge) to these substances has been demonstrated. Some soils are polluted by pesticide, fertiliser and/or contaminated sludge applications, fallout from airborne pollutant emissions and/or waste or metal dumps. Some surface or ground water sources are also contaminated by pesticides, hydrocarbons and/or aerosols. Lastly, some chemical residues have been detected in the effluents of residential, industrial and urban sewer systems.

There is also evidence that EDs have already entered the natural habitat of wild animals. Exposure to these substances causes harmful effects on functions vital to the health and survival of many species (invertebrates, fish, amphibians, reptiles, birds, mammals), such as growth, development and reproduction. 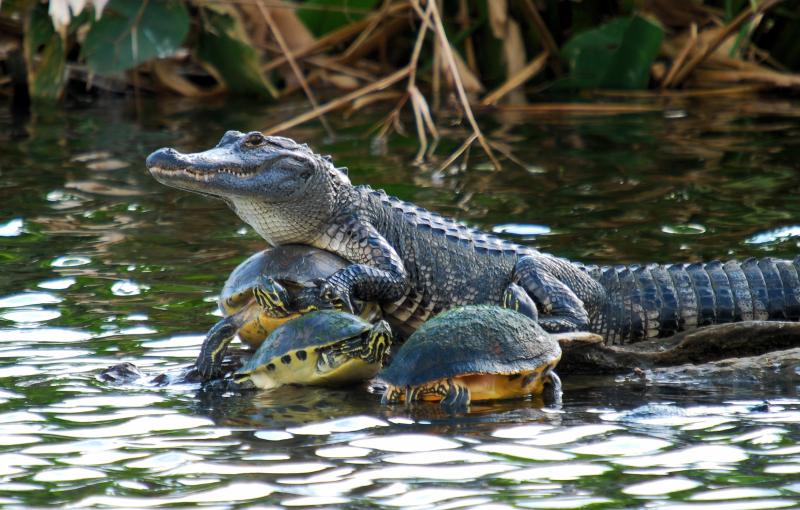 The following effects have been detected:

What measures are the European authorities implementing? 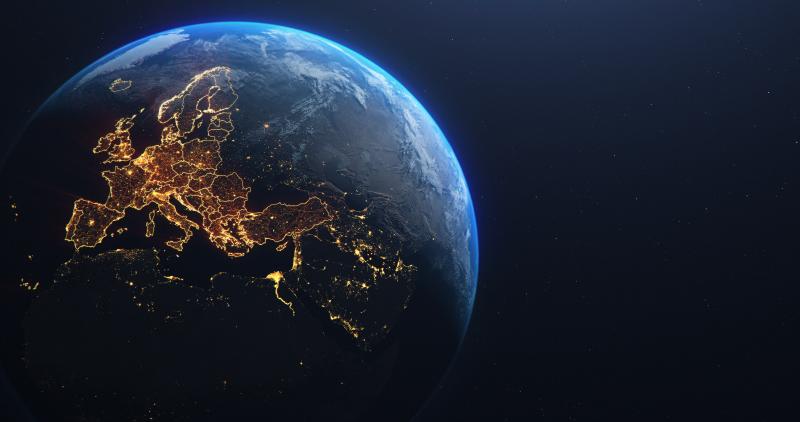 Chemicals are regulated in the European Union by different legislation, including:

In December 1999, Europe adopted a first Community strategy on EDs, based on several priorities: public awareness, further research, political action and international coordination (COM (1999) 706). In 2011, following the identification of Bisphenol A as an ED, the manufacture and sale of polycarbonate baby bottles made from Bisphenol A were banned in the European Union.

In 2018, the European Commission adopted a new strategy described in the Communication "Towards a Comprehensive European Union framework on Endocrine Disruptors". The European legislation was then analysed to determine its consistency with respect to EDs and assess their overall impact on health and the environment in the framework of the "Fitness Check on Endocrine Disruptors". The Fitness Check report was published in October 2020 and concludes with the need for regulatory action at the European level.

In October 2020, as part of the Green Deal for Europe, the European Commission adopted the "Chemicals Strategy for Sustainability - Towards a Toxic-free Environment". The Strategy contains a series of actions specific to EDs, including helping to identify them, banning them from consumer products except for essential uses, and strengthening worker protection. A revision and harmonisation of the European regulatory framework is also planned for REACH and CLP.  In particular, there are plans to add a new hazards class specific to EDs in the CLP regulation. 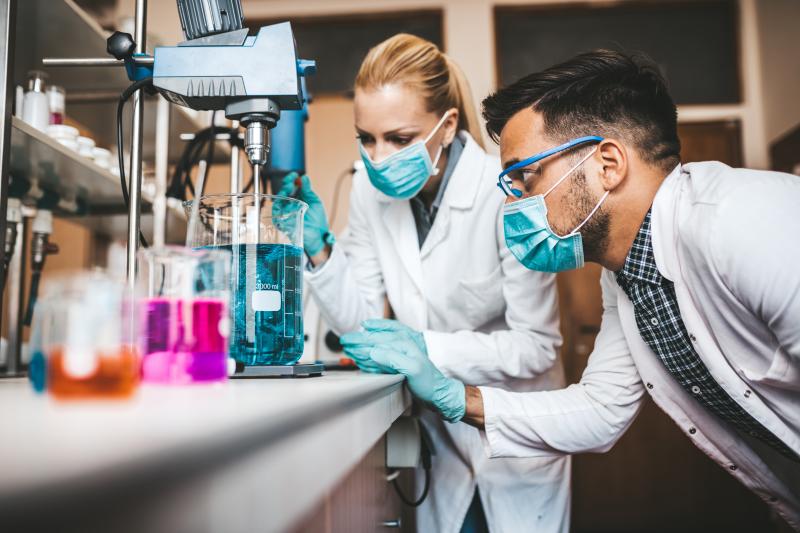 Several European research programmes related to chemicals are currently underway, such as:

The European Union, with the Member States, has also developed the European Ecolabel, an official ecological label based on strict environmental criteria. This label plays an essential role in the development of sustainable production and consumption, offering European consumers a guarantee of recognising quality products that respect the environment and human health.

There are more than 20 categories of products bearing the European Ecolabel, including cosmetics, detergents, paints, textiles, furniture, tourist accommodation, etc. For each one, specific criteria to which the products must conform are defined, monitored and revised regularly.

One of the actions of the National Action Plan on EDs (NAPED) will be to standardise and strengthen the exclusion criteria for EDs for products bearing the European Ecolabel, whenever these criteria are revised. The objective is to ban the use of all the EDs identified in the criteria for awarding the European Ecolabel. At present, the ED character of a substance is only taken into consideration for cosmetic products.

What measures are the Belgian authorities implementing?

Advice of the Superior Health Council

In 2013, the Superior Health Council issued an advice on EDs: low dose effects, specific dose-responses and critical windows of sensitivity. In May 2019, the Superior Health Council issued an opinion on physical chemical environmental hygiene and the importance of exposures in early life. Among other things, this opinion provides a list of practical tips to limit our exposure to EDs.

In March 2018, the Senate published an information report on "necessary cooperation between the Federal Government, the Communities and  the Regions for the prevention and elimination of endocrine-disrupting substances in consumption, with a view to promoting public health" in Belgium. The report includes a list of 72 recommendations, including the development of a national action plan on endocrine disruptors, in consultation with scientists, businesses and civil society.

In December 2019, the various Belgian ministers of health and environment approved the development of the first national action plan on EDs.

From January 2020 to February 2022, numerous consultation phases took place with the relevant administrations, stakeholders and civil society. An "ED" working group was set up, comprising experts from the competent authorities at federal, regional and Community level. A public consultation was also held from December 2021 to February 2022.

On 20 June 2022, NAPED was adopted by the Belgian ministers of health and environment.  Its elaboration was the result of close collaboration between the Federal State, the Regions and the Communities, which are involved in its implementation within their respective competencies. Its implementation is scheduled from mid-2022 to the end of 2026.

This plan aims essentially to

Gender and vulnerable populations are also taken into account in the framework of the different actions, in order to define the groups most likely to be exposed to EDs, both biologically and sociologically. Some actions could also be promoted within the framework of current European projects.

NAPED is structured around 3 complementary pillars:

NAPED will be implemented and coordinated at the national level by several governance bodies and evaluated at different periods to improve the actions implemented. 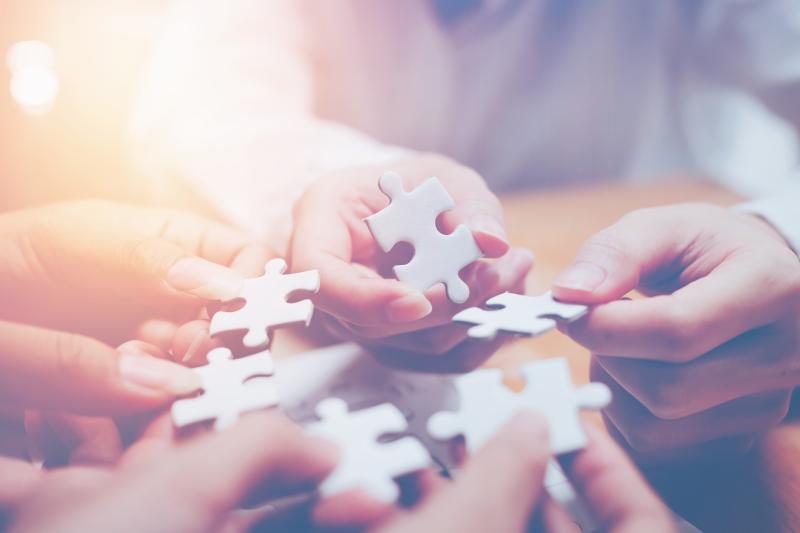 What can I do to limit the impact of EDs?

Take care of yourself and your loved ones: 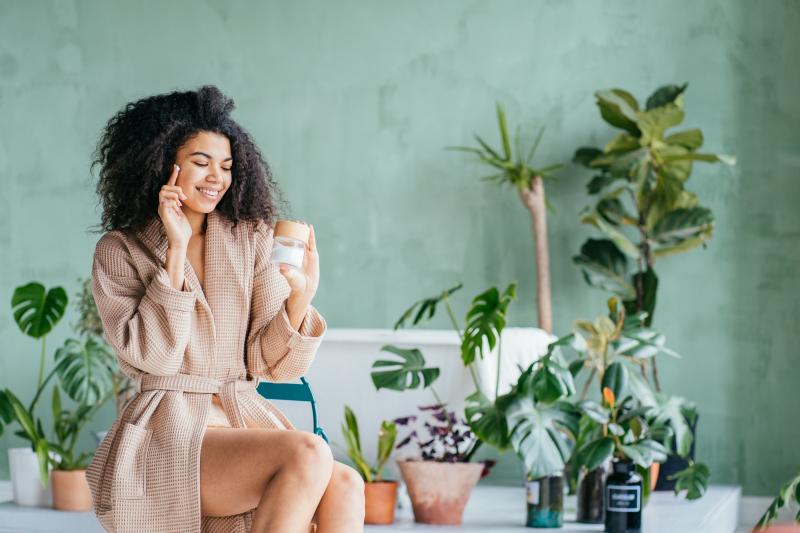 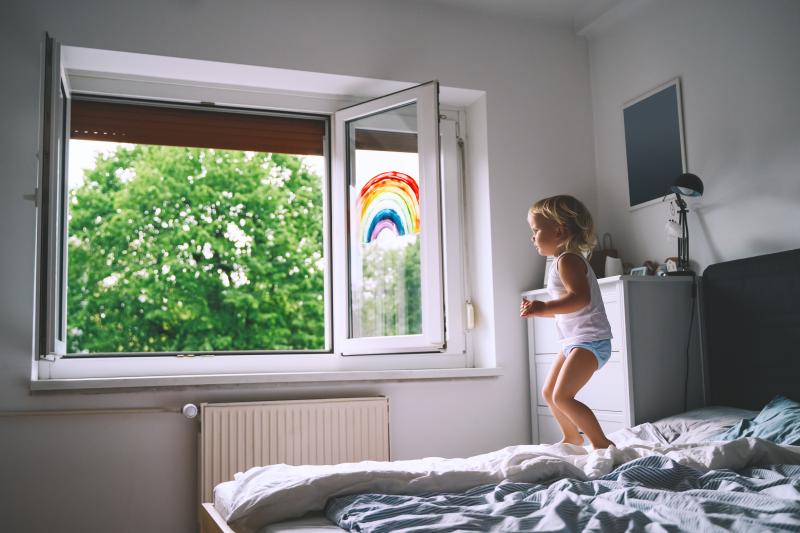 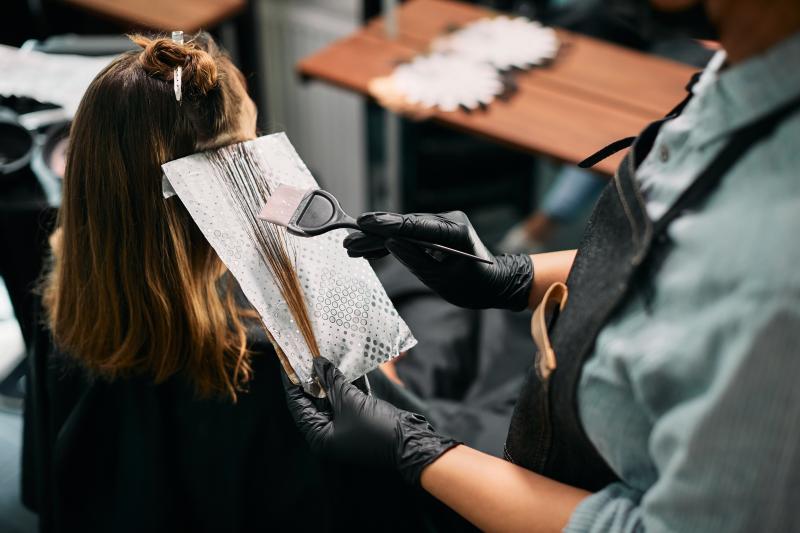